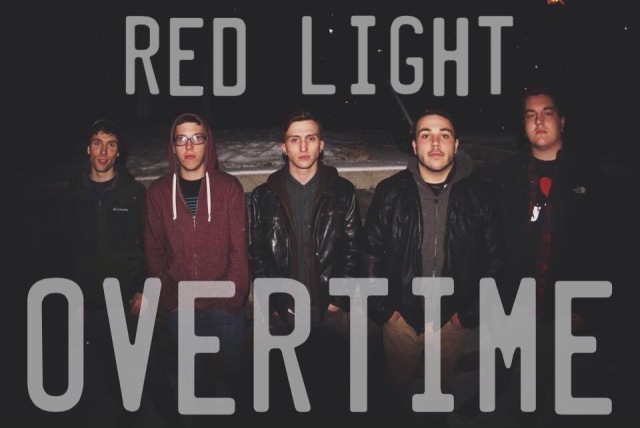 It was refreshing when we discovered Boston Power-Pop/Punk Rockers Red Light Overtime in a sense that good Pop/Punk is still alive and well, and even in today’s industry that’s over saturated and infatuated with Cheesy Metal and Over-Produced Pop-Bands…these guys, despite the controversy surrounding the question of whether or not Pop/Punk can still shine in this industry, still showed no mercy of forming their band and playing not only Pop/Punk, but did it extremely well.

A band that’s probably guaranteed to give you a very fun and energetic live show, RLOT has formed a very loyal fan base and boasts a punchy display in their songwriting, adding some breakdowns to their sound just in case they get booked on a strictly-hardcore-metal show to give their audience (whether new fans or those already familiar with them) influences that come from endless varieties of Artists.

Their track “The Lies They Tell Us” displays this very upbeat mixture of something I believe anyone that attends today’s DIY-oriented shows can really enjoy and adapt to their charisma. And in case you showed up to see a hardcore band that night, this band still fits in, and may get you to put the metal core aside for a minute, but at the same time, can still appease those hungry for something heavy. Bands like A Day to Remember and Four Year Strong are other perfect examples of this. But in my opinion, RLOT is keeping things more traditional for the genre.

Don’t get us wrong, we absolutely adore metal! But Pop/Punk according to some controversial and at times over-trusted and almost brainwashing sources (no names in particular come to mind; just casual observation granted there are endless amounts of “Defend Pop Punk” Threads and Topics concerning the matter) try to either spin Pop/Punk into a Pop/Core crowd-pleasing and half-hearted, over-energized entity as something that can only be executed in this way if they want Pop/Punk to still exist at all; but these guys don’t have time for arrogant politics surrounding the genre. They know the genre still rocks and they don’t need to spin it off in some weird direction to try to re-boot the genre or over produce it just because of today’s standard’s thirst for trying to reinvent the genre. They did exactly what a real band does…they wrote great songs, and played what they love. To hell with the politics and putting the genre under a microscope.

What I love most about their sound is how natural it is. Where you can almost guarantee their CD and live show display parallels perfectly. Where you saw the live show, and brought home their CD or purchased the music on ITunes and didn’t have to wonder whether if it’s the same band or not. You get to grasp the same energy and great songwriting you just heard at their show. Which I believe some bands have trouble with nowadays because some engineers get carried away with too many plugins and editing tricks while mixing or mastering. But these guys did it right. So if you ever get to see RLOT live and/or buy their music (which is HIGHLY recommended), even the average listener will notice that this entertaining and talented group of humble guys did pop/punk the right way; and decided to focus more on their gift of excellent songwriting instead of how tricky they can get an engineer to saturate their sound with far too much post-production.

These guys remind us that Pop/Punk is still being done right; and may not need a huge defense afterall, no matter how many threads or blogs mourn on the subject.