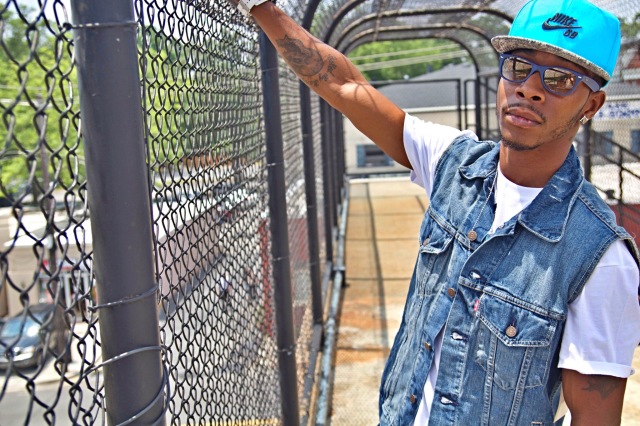 In today’s Pop & Hip Hop integrated culture, there’s a lot of dime-a-dozen politics that any critic could knit pick. Then, on the contrary, there are other musicpreneur/bloggers that actually listen to the music and find the appreciation for an artist’s craft. That’s a philosophy we are shining a light on with Atlanta Singer/Hip Hop recording artist SR. Gent with his most recent release, Canorous Camisado LP. A fun, witty, and versatile 26-track album with many twists, turns, and likability factors that carry lyrical club themes that definitely adds to the energy of the content.

With his first track “Aloha”, we have a subtle, pleasant, and well-put-together song with some great hooks that bring out the best of each element the track offers. Meanwhile, “Asocial” is a more upbeat club banger that puts an energy in the playing field that resonates with its predecessor, but all the more shows a more dynamic side to SR‘s execution in his signature songwriting and style.

Now “Don’t Let Me Down” has by far one of the catchiest hooks I’ve heard in quite some time. With SR‘s sing-songy style during the verses, it perfectly parallels the chorus along with the production value. If there’s a radio #1 hit that comes from this album, this track holds the crown.

The chant-worthy “Turn Up Boot Up” once again touches on the sing-songy style, this time with an insatiable gang-vocal chorus that could draw in some relentless crowd participation. And again, we have a ton of versatility with the production value; which not only showcases the most effective way to present SR‘s vocal style, but the beat structures as well. There are some great producers that have contributed to these tracks.

If you’ve made it this far into the LP, then the rest of this record should easily stay in the limelight. Each song offers up something different, however SR. Gent‘s signature sound stays in the stratosphere no matter what approach he takes on.

A little behind the music: Lester R. Smith (also known as SR. Gent) is a passionate Entrepreneur, Artist, Songwriter, and proud Father who dwells in Atlanta, Georgia. Hailing from Tucson, Arizona, his unwavering love for music began early on. The unfortunate loss of his mother at age six, among various other childhood hardships led him down a path of improvement for not only himself, but his family as well. He made a promise to strive for a better life daily, which is a promise he still keeps to this day.

Currently, SR. Gent is the Owner of LTP inc, an independent record label, which he is also signed to along with his label mates CashOnAble, Alpha Prince, and Stefanello. Prior to his musical journey, SR. Gent was enlisted in the U.S. Army during 2007 and medically retired in 2014 after serving in Korea, Germany, and Afghanistan. It wasn’t until 2013 (at age twenty eight) that SR. Gent started writing and recording music.

However, he has been writing poetry since the young age of thirteen, making the transition into the realm of music virtually seamless. SR. Gent is well-known for his depth of words, electrifying delivery, and one-of-a-kind, attention-grabbing melodies. While managing a record label and being a full-time father are of primary focus, he is also a graduate of the esteemed Berklee College of Music.