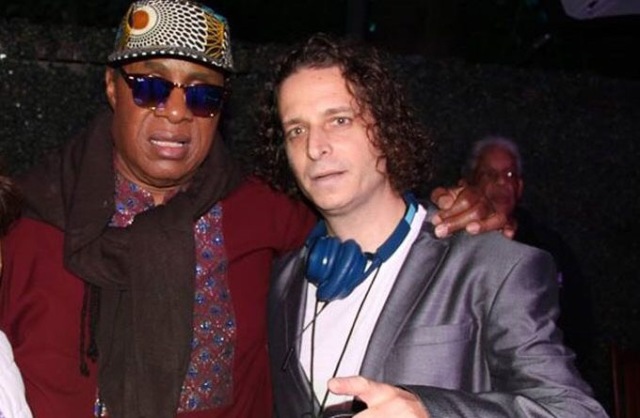 When it comes to the roots of all music and the theory of instrumental dynamics, there’s no question that Contemporary Jazz recording artists, Kobi Arad Band, keeps it in the swing of things.

From lounge-style piano-oriented Jazz structures to a jagged edge that could go off the rails any moment (but never does), we get something nothing short of amazing with Arad‘s sultry and insatiable precision between both the lead instruments, and extra spicey rhythm section.

Delving into a bit of Artist history, Kobi Arad is an Israeli-American musician who lives in New York, performs and composes in NYC’s top clubs like Blue Note, Jazz at Lincoln Center and City Winery. He collaborated with Stevie Wonder (a co-production with Stevie Wonder’s manger, Stephany Andrews and Stevie himself); he finished his Doctorate in music from New England Conservatory; has 20+ self-titled CD’s on Amazon, and participated in different aired panels and interviews on IBA (Israeli national radio).

In 2014, Kobi Arad received an award from the Israeli government, noting special excellence in Jazz and creative improvisation. Recently, Claes Nobel asked Arad to assemble 21 Grammy winners and nominees and produce them in Los Angeles with an African band called Ganda Boys. His song ‘Forever’ just won a Silver Medal for Exceptional Achievement from the Global Music Awards.

With achievements that obviously stand out all on their own, and with the many crucial years spent in many different walks of life in the industry on many levels, it’s no surprise that an Artist like Arad can turn some heads with his precision-driven stage show and persona as a performing and recording artist collectively. His artistic merit has manifested over many decades and has likely influenced many of today’s other Jazz greats from the NYC scene and its surroundings.

Being from NYC ourselves, we always have our ears to the backbeat of New York’s Sub-culture. And one thing that is apparent no matter what venue or artist you’re going to grace, it’s artists like Arad that sustain undeniable proof that NYC has some of the best eclectic talent walking the streets, and captivating the ears of everyone that passes by the venue they may be gracing the stage at. Either way, especially when it comes to Jazz and the influence it has had on so many genres that we even listen to today, artists like Kobi Arad are an absolute breath of fresh air when it comes to keeping the traditional contemporary sound, and peeking through new and bold sound structures that keeps the genre alive and well.