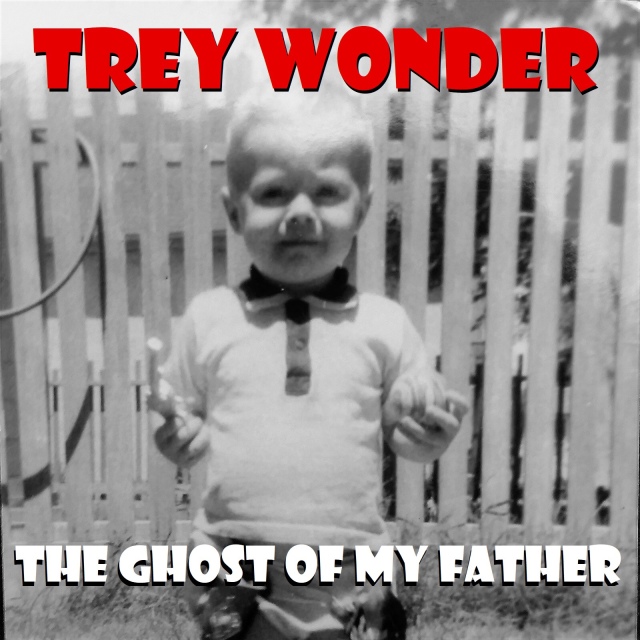 Grungy, versatile and unwaveringly charismatic with his viscerally multi-genre Indie/Punk approach, Hawaiian island-based artist Trey Wonder is geared up to release his sophomore record The Ghost Of My Father.

If Weezer and Radiohead started a 90s-era punk band, then Trey Wonder would definitely be recruited as their lead singer. And the brilliance of both groundbreaking signature sounds is what The Ghost Of My Father brings to the table. We have a collection of tracks that dynamically blend an edge-of-your-seat Indie sensibility, and several elements of punk, grunge, and an eclectically melodic style that is reminiscent of several rock eras.

Each self written and self produced track is comprised of a clever mixture with musical elements that include melodically versatile vocals, loud and crunchy guitar progressions, a tight knit pounding rhythm section and dangerously catchy choruses. He’s an original in his own right, but still can be heard as recognizable among the drawn influences from some of yesterday’s and today’s rock icons. You never hear the same thing twice, but you can tell it’s the same artist commanding the wheel, and the infectiously catchy overdubs in every chorus will stick with you throughout the record even after it’s over.

On top of this record being a follow up to Trey‘s predecessor Nice Fish, this new album is also an attribute to his father, and is being released on the anniversary to his death on November 23rd. This record is for any avid Indie Rock listener that yearns for the glory days when punk was actually good, and wasn’t afraid to show its melodic side. The Ghost Of My Father will be available on all digital music retailers and streaming platforms on Friday.