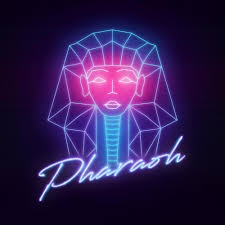 Young up and coming rapper Lil Opioid has been on the insatiable grind, making some big moves over this last year since his inception into the market. Now he’s ready to kick things into overdrive for 2018 with his upcoming album Pharaoh, slated for release in January/February.

Known for his charismatic rhyming techniques and dynamic lyrical structures, Pharaoh is comprised of 8 powerful tracks that showcases Lil Opioid‘s unwavering skill sets behind the mic. These tracks tie it all in for the rising rapper – his signature sound, original style, but most notably – his artistic merit. His true passion for music and the expression of who he is as an artist, and person behind the mic that pens every hook and punchline. It’s an album that is real.

Since coming into the scene, Lil Opioid has garnered a respective internet presence and fanbase since bringing his multifaceted rapping caliber to the forefront; and he has yet to disappoint. His Instagram has been quite active and shows the steps he has taken as an artist in several chapters. He’s had twists, turns, and a rollercoaster of ups and downs with his time in the studio and doing his best to get his craftwork out from the woodwork of the industry. But 2019 looks very promising for him and Pharaoh is determined to bring all of that to the surface, to the people and for the people.

Lil Opioid is a younger artist, but he’s no amateur. He is doing the proper legwork that most artists become reluctant to, and really shows the industry, and world at large, that he’s anything but ordinary. Pharaoh is scheduled to release in the January/February months, and will have a more solidified release date as the new year gets closer. It’ll be available on various digital music retailers and streaming platforms.