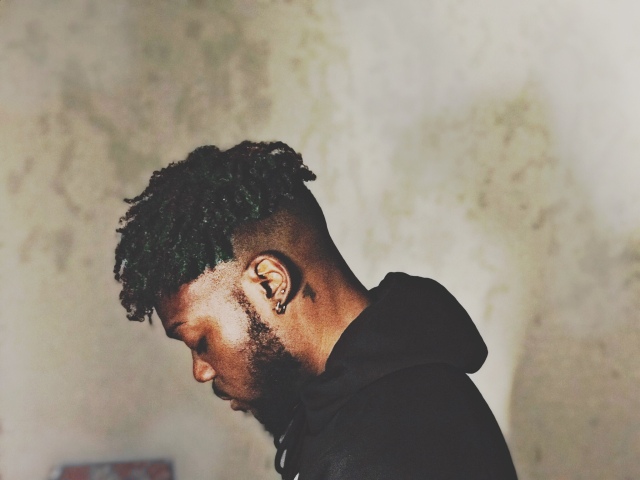 L.Awolf is no typical artist; he is a multifaceted and versatile mind with a vision that parallels with his music. His content, though always expressive and outward, utilizes his inner thoughts and manifests his lyrical foundation into his overall craft. And we get a clear glimpse into that window of create with L.Awolf‘s debut album 77.

Comprised of 11 diligently written, emotional and thought provoking tracks with clever rhyming techniques and witty lyrical punchlines, 77 showcases many angles to several of L.Awolf‘s artistic merit and songwriting structures; no matter what approach he has to take with each beat. This LP is a gem among the indie/underground circuit, but also a very generous contribution to today’s mainstream realm of modern Rap and Hip Hop as well.

Today, we take our readers Behind The Mic and catch up with the creator of the 77 LP and find out what he’s all about.

What got you into music?

Since age 7, I was always obsessed with making sounds. One night in March 2018, I had X mixed with a lotta vodka and was already in my feelings over a fucked up break-up that had happened so I hopped on the music program i was using at the time and said “know what….I’m gonna make a song, fuck it”, and ever since then, I’ve been obsessed with making dreamy, floaty instrumentals since.

What’s Your Newest Release About?

My new releases will be more lyrically inclined and the overall message will be more positive but in an aggressive way. I like to make sure people hear my message. My last release and first project ever (77) was mainly about suicide because I was VERY suicidal and still am. But people have also reached out to me about their suicidal thoughts as well and I’m working on a way to let those people know that everything will be okay, and that I am someone who understands what they are going through.

The Message Behind The Music

My main message in my newer music is basically saying that everything will be ok, and if your significant other is abusive to you, you don’t need them. They are not worth it.

If You Had To Pick 3 Artists That You Think You Sound Like, Who Would They Be?

I don’t like to compare my music to any other artists because every artist is different. But I’ve been told my sounds are reminiscent of Kid Cudi, Earl Sweatshirt and Andre3k.

My plans for 2019 are to release more music videos and touch more people out there with my music altogether. I love to get feedback from fans, because I actually talk back. I fuck with people who fuck with me and I make an effort to make them a part of anything I’m doing.