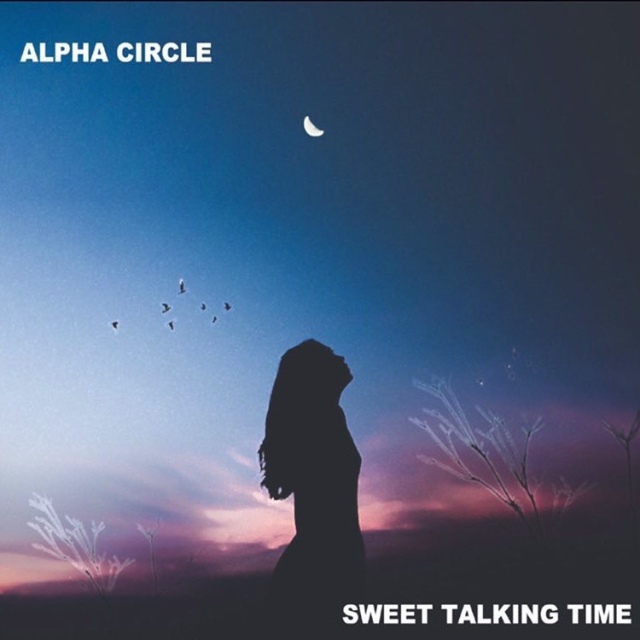 Alpha Circle is no stranger to our platform. Their debut single “Circles” received considerable acclaim and praise among our readers and music community at large. The song has launched their career in a way that has gotten the band to hit the ground running and garner the attention of Alt/Rock fans from all walks of life. With their new subsequent single, “Sweet Talking Time”, Alpha Circle proves that they continue to set the bar higher each time they hit the studio.

This Alt/Rock piano-driven track is more anthemic than anything. Reminiscent of early 2000’s Coldplay releases with touches of Mae and Copeland’s “You Are My Sunshine”, Alpha Circle have once again utilized a very collective and innovative signature sound that is prioritized by above average songwriting structures and melody choices; especially with the vocals. This ballad-like single is subtle during its verses with a charming and soothing lead vocal melody that immediately engages the listener’s undivided attention. All building up to a chorus that ties the song together in a way that reminds you that Alpha Circle puts their songwriting skills high on the priority list and proves that it’s all about the song structures rather than production theatrics – which gives them a true identity of the band’s authenticity and natural talent.

“Sweet Talking Time” portrays lyrics that delve deeply into the song’s subject matter at hand, but not to the point of attempting to be poetry. The lyrical narrative really drives the aura and emotional plea the music provides and really demonstrates a parallel between the music and lyrics altogether. The piano intro really sets the tone on this track and carries significant weight throughout the song’s duration,

Once again we have impressive work coming from each band member that holds a key to the group’s solidified sound and musical aura. The chord structures are full and composed to fruition with an impressively tightly-knit rhythm section that has complimentary bass lines that are smooth and perfectly maintained by the skillful drum parts that are both simple and effective. It’s a vast array of emotions coming from each element the group puts together and in the end, hones a craft that puts Alpha Circle far beyond your average Alt/Rock group. Their indie approach and straightforward production value perfectly demonstrates the band’s ability in this song as well as natural talent as a collective unit.

“Sweet Talking Time” is a triumphant follow-up single and truly adds to Alpha Circle‘s direction as a group. Each release they’ve put out has strongly showcased the band’s ability as both songwriters and performers as a whole. And if you enjoyed their previous single, this one will definitely get you even more invested into them. If Alpha Circle keeps this kind of momentum going, then they will be seeing big things on the horizon. No doubt about it.

Listen to the single: