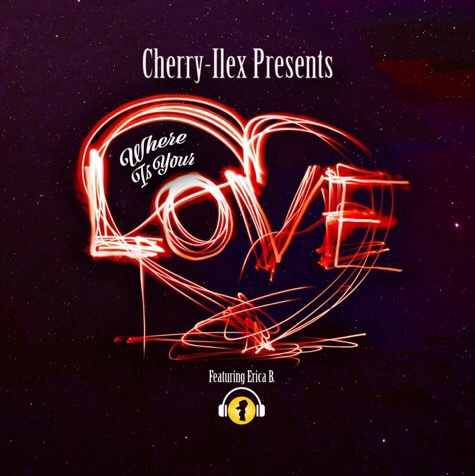 If there’s one thing we’ve gotten to know about Long Beach-based producer Kevin Bailey (known as studio/recording artist Cherry-Ilex), it’s that he continues to pump out the hits ever since he hit the ground running many years ago when he first hopped behind the mixing board.

Since last month’s exclusive review for his predecessor, “Reason”, Bailey set the bar very high for the expectations surrounding what would be his highly anticipated follow up. And true to form, with his newest single “Where Your Love”, a song that lends beautifully executed continuity to his previous singles with much more versatility, proves that Cherry-Ilex is more than just a producer and songwriter – he’s a hit maker.

With female feature-artist Erica B. at the helm of lead melody vocals again (now accompanied by backup singing tracks), “Where Is Your Love” showcases the same power as the previous single and brings out more innovation than anything else Cherry has put out in the recent past. This track utilizes the same similar effective formulas that has given Cherry‘s music the charm that it is known for; using well selected plugins, classic R&B/Jazz-era instrumental styles, all mixed diligently with a humble and modern edge that makes a track like this completely relevant in today’s mainstream music spectrum.

Erica B‘s vocals once again are astounding and natural with much more projection from the presence of backup vocals bringing her more out to the forefront. “Where Is Your Love” is a sensual and unforgettable song that reminds us of the way R&B was meant to be – wholesome, soulful and real. Cherry-Ilex has set the bar even higher yet again, and “Where Is Your Love” is a perfect addition to Cherry‘s growing catalogue of hits, and when you take a listen to this track yourself, you’ll definitely be anticipating what tricks he has up his sleeves next time he enters the studio.