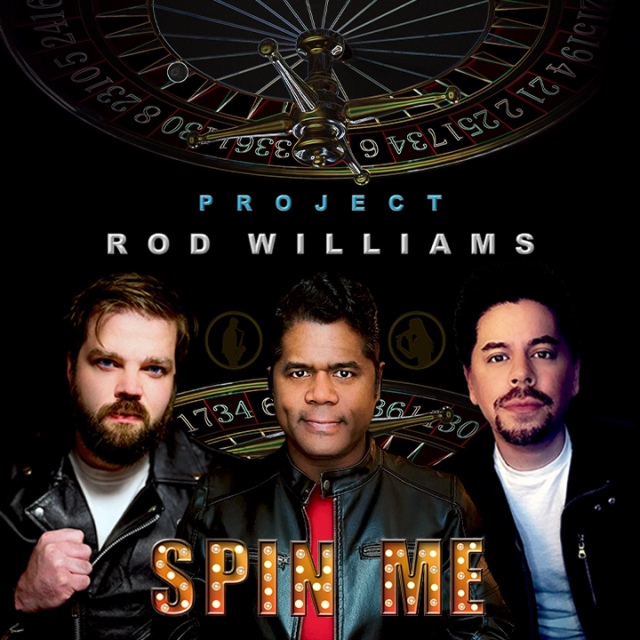 After Rod Williams‘ debut album ‘Fire’ released in January 2019, an insatiable buzz was set and would ultimately lead the pioneer Artist/Songwriter to begin his journey on his sophomore record. Now, in May 2020, Williams has done just that with his newest collab-driven and electronically infused juggernaut ‘Spin Me’, and it doesn’t disappoint in the least.

Under the official name Project Rod Williams, this ten track album is led by Rod himself as principal songwriter/synth/programming/backup vocalist alongside co-lead vocalists Ben Dial and Matt Williamson, who are reprising their roles from Rod’s first record, respectively. Other notable artists including Aleisha Leo and Fabian Hernandez also make contributions to the record as well. From the gate of the opening track “Shake It On The Dance Floor”, the album immediately introduces an atmosphere that is packed with many clever punches. Combining elements of Dance, Funk, Pop, Rock and Indie, this opening smasher gets right into business and really showcases an unrelenting strength of both talent and high quality production value that sets the tone for the rest of the album. With well executed three part harmony vocal melodies, catchy groove beats, melodic song structures and many different electronic textures, this record really brings the dynamics of technical production and strong songwriting to the forefront with cleverness and staying power.

The grooves continue on “Don’t Stop Me Baby” and title track “Spin Me”, which both bring additional touches to the album that really exceed your expectations after the opening track. The mysteriousness of songs “Because” and “Tears” are completely visceral and really show off the versatility of this record and are definitely standouts of this album. The consistency of the record is definitely worth noting and it makes it very easy to delve into and get comfortable with. The vocal ranges are instantly noticeable and beyond impressive when they first kick in; the dueling vocal tracks and signature synth sound really comes together in a way that gives a nod to 90s/early 2000s Dance elements with a complete modern makeover into something completely of its own kind, producing equal parts originality and familiarity with its overall execution. Most of all, ‘Spin Me’ is an accessible album for both fans and new listeners alike. It’s an impressionable album, and you can tell that it was written and produced with absolute care. If you haven’t heard Project Rod Williams yet, then this album will make you an instant fan. ‘Spin Me’ completely lives up to its title. The album officially drops on May 24th and will be available online and on music downloading platforms.