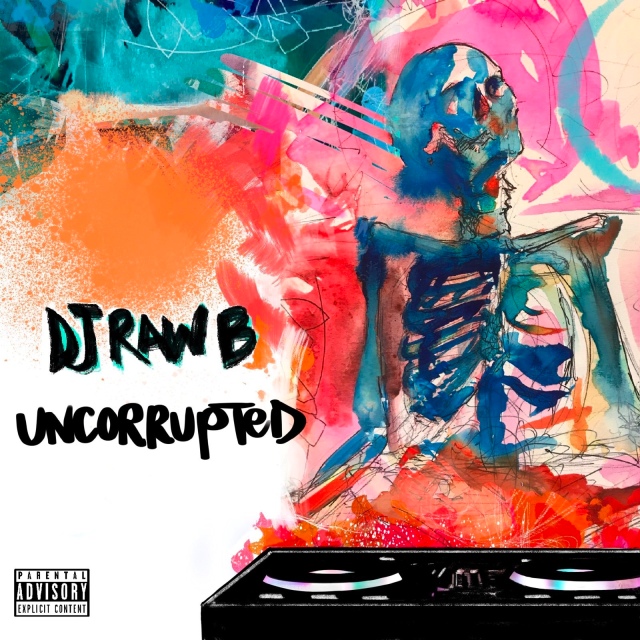 With a dynamically versatile style and several decades in the business, it’s no wonder pioneer artist/creator DJ Raw B has garnered unwavering accomplishments over the years. And he continues to do so with his latest album ‘Uncorrupted’.

Combining a raw, unique 90s approach with a clever modern spin, this album is a blast of nostalgia as well as a breath of fresh air. The production value is high quality and provides the perfect textures to make this record really stand out both musically and lyrically. Tracks like “Toscin” and “Genesis” have classic 90s grooves with smooth beats and eclectic twists and turns that really showcases DJ Raw B‘s signature sound, while other tracks like “Unspeakable” and “Keynote Speaker” have hauntingly ambient vibes that balance atmosphere and smooth bass lines, and are easily the standouts of the album.

DJ Raw B is no stranger to the industry though; he began hitting the ground running in the early 90s as a co-host/DJ for the critically acclaimed underground San Francisco-based hip hop show Beat Sauce, who brought on a plethora of notable guests including industry heavyweights like Jay-Z, Eminem, OutKast, Common, the Black Eyed Peas, Mobb Deep, among many others. By 2001, DJ Raw B became “Best Local Club DJ” in the San Francisco Bay Guardian, playing shows that ranged from underground hip hop clubs to more lavish higher-end venues. DJ Raw B also got involved with many different collaborations, including Smash Mouth’s performance of their hit song “All Star” in the movie Rat Race. He has also garnered success in the radio circuit, including working on KMEL’s “Sway In The Morning”, KCBS News, and KNBR’s “Morning Show With Murph & Mac”.

With a resumé like that, it’s no wonder that ‘Uncorrupted‘ has the uniqueness that it does, and you can very much hear a successful and skillful DJ throughout every track’s duration. And if you haven’t heard DJ Raw B yet, then this album will make you an instant fan. The album is currently available online and all digital music streaming platforms.

Connect with DJ Raw B: