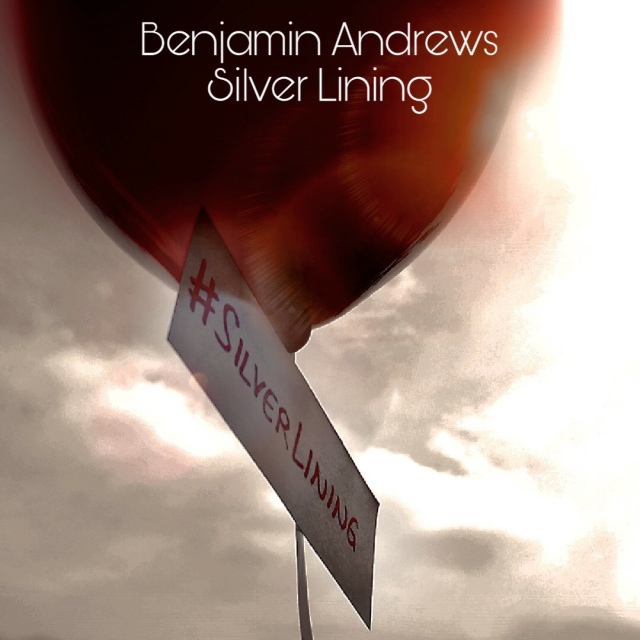 Hailing from the landscapes of Vienna, artist/songwriter Benjamin Andrews began hitting the ground running in the music spectrum many years ago, mostly playing in bands and collating with other musicians. But with his current situation not allowing him to meet up with his band mates, mostly due to location, Andrews decided to conjure up his own project, playing all roles, with the help of some session musicians, including engineer/producer. As the project nears the end of production, Benjamin decided to put out his debut single “Silver Lining” as a taste of what’s to come when his full project comes to fruition.

“Silver Lining” is a tasteful blend of Pop and Rock with many multifaceted textures that showcases Benjamin Andrews‘ talents with both performance and production value. It’s a song for everyone, and was written during Ben‘s first week of lockdown due to COVID19. The song is about hope and optimism even when times are dark, and really brings a feeling of not being alone and getting through trials and tribulations with togetherness. This brilliantly crafted tune has flavorful piano riffs, a tight knit rhythm section and undeniably catchy vocal melody choices that really bring the song’s charm to the forefront. But the standout to me was this song’s use of intelligent chord progressions and key changes. Utilizing a 90s-style Pop/Rock sound with a hint of Pearl Jam’s “Ten” album sensibility, “Silver Lining” is an exceptionally well written song with effective vocal harmonies and a Queen-style guitar solo that ties it all together into one big versatile package. The song is accessible, anthemic, and has staying power where the song stays with you even after the song is over.

For a debut single, Benjamin Andrews really hits it out of the park and will definitely get you pumped for what he has in store next. The song will definitely entice you to delve deeper into Andrew‘s past, present and future. “Silver Lining” is available now on Spotify, Amazon, iTunes, and other digital music streaming platforms. You’ll be more than glad you gave it a listen.