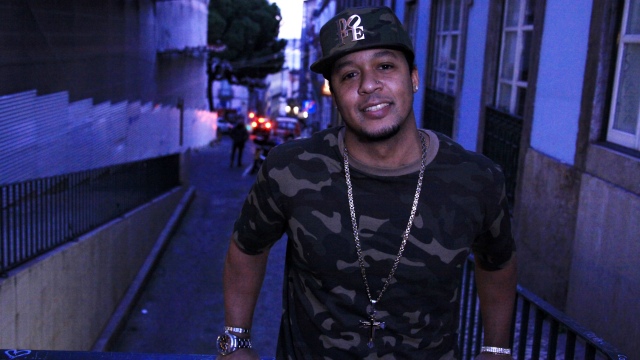 When it comes to clever lyrical punchlines and a dynamic signature style that can resonate with just about any Hip Hop era, Poetik is your draft pick. Active since 2005 and emerging onto the scene as a solo artist in 2011, Poetik began hitting the ground running since his inception and has no intention of slowing down anytime soon. He has received critical acclaim, has amassed an insatiable fan base and has artistic merit that makes him a standout of his calibre. He’s a come-up story that is inspirational, authentic, and full of twists and turns.

Influenced by industry heavyweights like Tupac, Wu Tang, The Lox, Big Pun, Canibus, AZ, Nas, Royce 5’9 , King Crooked, Dipset and Ransom, Poetik‘s style touches on equal parts originality and familiarity; combining a sound that resonates diligently with yesterday’s old school flavors and today’s more wholesome modern music approach. He is an authentic artist on the rise and has proven he’s willing to grind his way to the top, so we sat down with Poetik for an interview to get to know his career more exclusively.

•What got you into music? Tell us about your musical foundation.

I was always into music since I was a child, used to family house parties gatherings, but what got me wanting to rap were my older cousins and older guys back in Portugal in my neighbourhood

Miratejo- Margem Sul, there was always some sort of cyphers going on, even thou I was a kid that wanted to play football day and night.

•What are some of your musical influences?

•How is your city’s music scene in Portugal?

The music scene in Portugal and countries of the same language in the diaspora, mainly Africa and South America I wouldn’t say its easy to thrive, but I can say its more difficult to convince the masses to get acostumed, there are many musicians, competition is at an all time high, so as an artist one must thrive to really stand out or end up hardly unnoticed.

•The pandemic has really thrown a wrench into the live show experience. How has the coronavirus affected your music career?

Adapting to the pandemic during the Corona virus times has not been easy. Initially from the gate I had 3 shows cancelled straight away! Those 3 shows would have been the segway to more shows eventually. Many recording studios had to close and that affected my recording process because I don’t have a home studio I can at least apply my vocals and ideas to. As I got more aquented with the pandemic regulations, I decided to use the availability of time to get back into my creative process, as far as song writing and perfecting my craft.

•If you could go on your with any musical act, who would it be and why?

If I could go on with a musical act, ermm I’m not sure, probably Nas, to me he embodies what a real HipHop artist should represent, and that is the culture first and above everything!

•When is your next music release coming out?

My next music release is a combined project I have with an artist called Don Jaga, we are aiming for around easter times but no set date specifically yet.

The rest of my plans for 2021 is to keep working on my artist endeavours, I have 2 projects in the making, a mixtape and an LP. So as soon as this pandemic fixes up I will get back to the lab (studio)