Fun, vibrant, and unique are a few good ways to describe Miami-based recording artist Darshae Kiér, but most of all, he is authentic and real. And he demonstrates these qualities in his newest single “Halasana Girl”.

After a heavy street buzz formed from the success of his previous single “Translation”, Darshae knew he had to keep his winning streak going by putting out this anthemic single, and just like before, he hit the mark once again. Taking on an approach that combines smooth elements of Pop and Reggaeton, “Halasana Girl” is one of those tracks that is bound to get your hips shaking and the dance floor moving. Darshae‘s lyrical ability serves up rhyming techniques that are clear and crisp, projecting smooth bars and rhymes that is perfectly parallel with the song’s ambient and uplifting beat structure. It’s a formula that works, and Darshae sells it perfectly from start to finish.

“Halasana Girl” released last year on September 27th, and since then has become an anthem for summer-fall vibes and a staple among digital music playlists. Darshae Kiér is quickly becoming a vital voice in the hip hop community and is direct proof that underground hip hop is alive and well. If he keeps up the pace, he will easily cross over into the mainstream market; and we will be stoked when it happens. You can listen to “Halasana Girl” on SoundCloud and other digital music streaming platforms. Be sure to also follow Darshae Kiér on social media to stay up to date on his current activities, as well as future events.

After disbanding from his Rap group in 2012, Chicago-based Hip Hop artist Misfit began his journey as a solo artist ready to delve into the game with fresh material and dynamic persona. Since then, Misfit has garnered a respectable following and devoted fan base throughout the Chicago music scene, ultimately leading him to writing and recording a new highly anticipated EP. His newest single, “Money Talk”, is one of the tracks from the soon-to-be-released EP, and really captures Misfit‘s craft diligently and effectively.

A vibrant and melody-driven song all about grinding hard and getting money, “Money Talk” grabs your attention right from the jumpstart with its vibing beat, smooth bass lines and atmospheric guitar progressions that set the tone for this track. Misfit‘s mic skills are immediately apparent when the verses jump in and truly go off like a stick of dynamite. His lyrical energy is crisp, clear and cleverly executed, all the while utilizing original rhyming techniques that are reminiscent of the 90s Hip Hop era and today’s more notable Rap influences.

One thing this song has is staying power – when the track stays in your head far after it’s over, and gets better each time you re-listen to it. It’s also a track that will entice you to wanna hear what else Misfit has in store, particularly on his upcoming EP titled ‘The Unchosen Ones’ which releases in July 2020. Until then, “Money Talk” is available now on all mainstream music streaming platforms, and we highly recommend you give it a spin. You’ll thank us later.

Very few artists in this day and age can conjure up an unrelentingly powerful first impression quite like Chicago-based artist Oh Well. Coming out the gate with the new single “Us”, this song not only encompasses a signature style that is energy-driven and versatile, but a boat load of musicianship factors as well; allowing Oh Well to shine in all their glory throughout this single’s duration.

This anti-pop banger is loaded with an onslaught of in-your-face vocals that project a powerful delivery in Hip Hop that is rarely heard. It’s also a track that encapsulates a true knack for passion and making sure the listener doesn’t walk away unsatisfied; showcasing an innovative edge that balances equal parts originality and familiarity. “Us” has multifaceted angles of different genre blends that lend a razor sharp edge to an otherwise contemporary sound including touches of Rock and Reggae, which Oh Well ultimately incorporates brilliantly. Overall, this track brings some of the freshest ideas to a mainstream Hip Hop style, and it’s honestly a mind-blow that this song hasn’t topped the charts yet. The anticipation to hear the material they have up their sleeves after this song is absolutely riveting, and once you take a listen to “Us” yourself, you’ll understand exactly why.

“Us” is available now on YouTube and other digital music platforms. Be sure to follow Oh Well to keep tabs on upcoming events and releases.

There’s some serious heat coming off this single. Packed full of swagger, confidence and a powerfully upbeat approach, Hip Hop artist St. Geo comes out swinging with his newest hit single “Like Belly”.

Attributed to the 1998 film (Belly), “Like Belly” is the second single from St. Geo‘s highly anticipated upcoming album ‘Stomach’. This melodic track is vibrant, upbeat and really showcases Geo‘s eclectic sing-songy lyrical formula and signature style. His charismatic and highly projected voice really carries the verses through smooth and solid bars, while crafting the chorus around a more subtle approach with melody choices that are catchy and authentic; lending an R&B texture that ties perfectly into the rest of the track altogether and really delves into St. Geo‘s artistic merit.

The production value is right where it needs to be and never outdoes itself in any way. This single hits home for almost any hip hop fan and is easily accessible to the mainstream market, but can still be appreciated throughout the underground scene as well. It balances originality and familiarity, giving the listener a sense of something fresh and identifiable; making “Like Belly” a standout of its caliber. This track will definitely entice you to check out St. Geo‘s catalogue of releases, including his upcoming album. You can’t go wrong with this song. The single is currently available on Spotify and all digital music streaming platforms.

With a dynamically versatile style and several decades in the business, it’s no wonder pioneer artist/creator DJ Raw B has garnered unwavering accomplishments over the years. And he continues to do so with his latest album ‘Uncorrupted’.

Combining a raw, unique 90s approach with a clever modern spin, this album is a blast of nostalgia as well as a breath of fresh air. The production value is high quality and provides the perfect textures to make this record really stand out both musically and lyrically. Tracks like “Toscin” and “Genesis” have classic 90s grooves with smooth beats and eclectic twists and turns that really showcases DJ Raw B‘s signature sound, while other tracks like “Unspeakable” and “Keynote Speaker” have hauntingly ambient vibes that balance atmosphere and smooth bass lines, and are easily the standouts of the album.

DJ Raw B is no stranger to the industry though; he began hitting the ground running in the early 90s as a co-host/DJ for the critically acclaimed underground San Francisco-based hip hop show Beat Sauce, who brought on a plethora of notable guests including industry heavyweights like Jay-Z, Eminem, OutKast, Common, the Black Eyed Peas, Mobb Deep, among many others. By 2001, DJ Raw B became “Best Local Club DJ” in the San Francisco Bay Guardian, playing shows that ranged from underground hip hop clubs to more lavish higher-end venues. DJ Raw B also got involved with many different collaborations, including Smash Mouth’s performance of their hit song “All Star” in the movie Rat Race. He has also garnered success in the radio circuit, including working on KMEL’s “Sway In The Morning”, KCBS News, and KNBR’s “Morning Show With Murph & Mac”.

With a resumé like that, it’s no wonder that ‘Uncorrupted‘ has the uniqueness that it does, and you can very much hear a successful and skillful DJ throughout every track’s duration. And if you haven’t heard DJ Raw B yet, then this album will make you an instant fan. The album is currently available online and all digital music streaming platforms.

Connect with DJ Raw B:

There’s some serious street heat coming out of the south right now. Coming out the gate armed with his debut album ‘Hail KiNg EmErY’, Dallas-based Rapper/Hip Hop artist KiNg EmErY has been hitting the ground running since his inception, and shows no sign of slowing down anytime soon.

Conjuring a versatile signature sound that encompasses elements of R&B, Trap, EDM and Indie Hip Hop, KiNg EmErY‘s innovative style combines clever lyrical outbursts, sing-songy hooks and smooth vocal transitions that brings out a perfect balance of originality and familiarity; giving the listener a nostalgic callback to old school Rap and today’s more modern textures. With an arsenal of 35 tracks on this album, there’s something on this record for everyone. With several feature artists on this debut album including Aud Rigo, N’Less Fee, Karrma, Johnny From The Block, Drippazay, DeuceDev and several others, the album brings a fresh flow of diversity from start to finish with a vast array of talent contributing to several tracks.

Songs like “Freedom” and “W.W.Y.D.” are dynamically visceral, ambient, and showcase a progressive approach to the album that continues throughout the album’s duration, which gives it charm you rarely hear in today’s Hip Hop. Straight bangers like “Aggressive” and “Hella Bitches” bring a cohesive energy that really adds to the overall flavor to the record, and are catchy and fun – perfect for the club scene and any bass-driven car system

‘Hail KiNg EmErY’ is an effective and accessible record that you’ll be putting on your playlists and favorites list from the very first listen. The album is currently available online and all digital music streaming platforms everywhere. 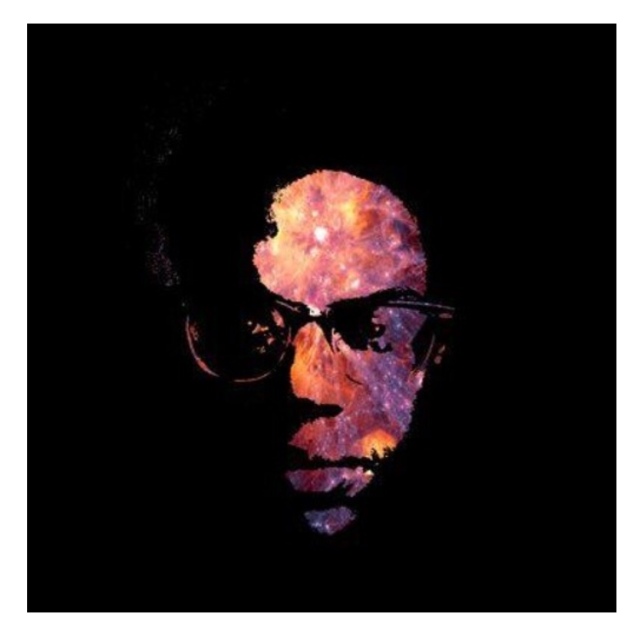 Since emerging onto the scene last year in 2019, ËIŸ at 20 years old has been more active and motivated than most music veterans with the amount of content he has successfully put out, which includes multiple singles that have garnered him an insatiable buzz. Now, in May 2020 with the release of his newest banger “ŸEN”, the Indianapolis-based artist continues to hit the ground running; and by the looks of it, has no intention of slowing down anytime soon. And this song is definitely proof.

If you’re gonna ride with ËIŸ, you better mean what you say. On top of being an artist, ËIŸ is also a political scientist and has a passion for history and current events. “ŸEN” is a track that totally keeps it real and really reels you in with its melodically catchy and powerful chorus. His mid-ranged vocal approach fits like a glove with the subtle and groovy beat structure and really encapsulates his craft in a way that gets you to understand him. His clever lyrical punchlines are not only multifaceted but also versatile, which really showcases different angles to ËIŸ‘s lyrical ability as well as vocal projection between both the verses and chorus.

The production value is clever, but not overly theatrical or experimental. The layers of the ambient beat gives a solid nod to 90s and early 2000s Hip Hop with a vibe similar to legends like Tupac, but also brings something completely fresh to the table that is modern and mainstream-worthy; all the while, still perfectly accessible to the underground world of Hip Hop as well – where all of the greats we’ve come to know have made their rounds to this day. “ŸEN” is a track you’ll find yourself coming back to time and time again, and will also entice you to check into his back catalogue as well as keep up with his future releases. Which we highly recommend you to do. You’ll definitely be missing out otherwise. Just give this track a spin – you’ll be thanking us later.