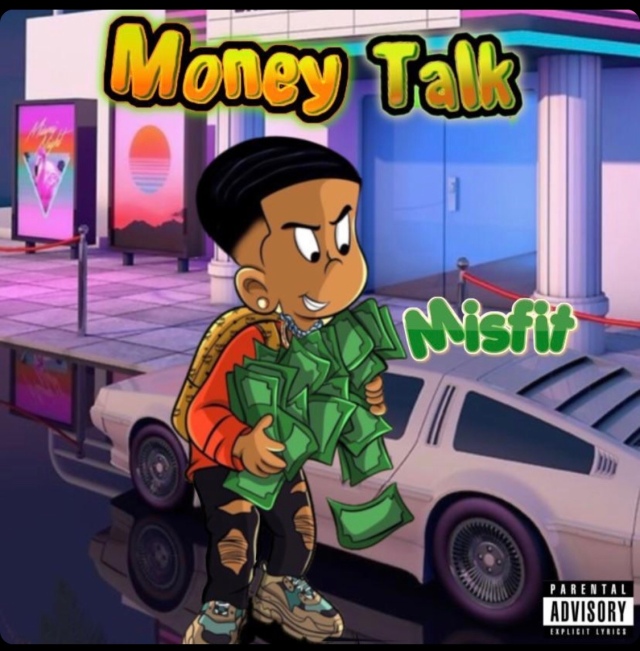 After disbanding from his Rap group in 2012, Chicago-based Hip Hop artist Misfit began his journey as a solo artist ready to delve into the game with fresh material and dynamic persona. Since then, Misfit has garnered a respectable following and devoted fan base throughout the Chicago music scene, ultimately leading him to writing and recording a new highly anticipated EP. His newest single, “Money Talk”, is one of the tracks from the soon-to-be-released EP, and really captures Misfit‘s craft diligently and effectively.

A vibrant and melody-driven song all about grinding hard and getting money, “Money Talk” grabs your attention right from the jumpstart with its vibing beat, smooth bass lines and atmospheric guitar progressions that set the tone for this track. Misfit‘s mic skills are immediately apparent when the verses jump in and truly go off like a stick of dynamite. His lyrical energy is crisp, clear and cleverly executed, all the while utilizing original rhyming techniques that are reminiscent of the 90s Hip Hop era and today’s more notable Rap influences.

One thing this song has is staying power – when the track stays in your head far after it’s over, and gets better each time you re-listen to it. It’s also a track that will entice you to wanna hear what else Misfit has in store, particularly on his upcoming EP titled ‘The Unchosen Ones’ which releases in July 2020. Until then, “Money Talk” is available now on all mainstream music streaming platforms, and we highly recommend you give it a spin. You’ll thank us later.