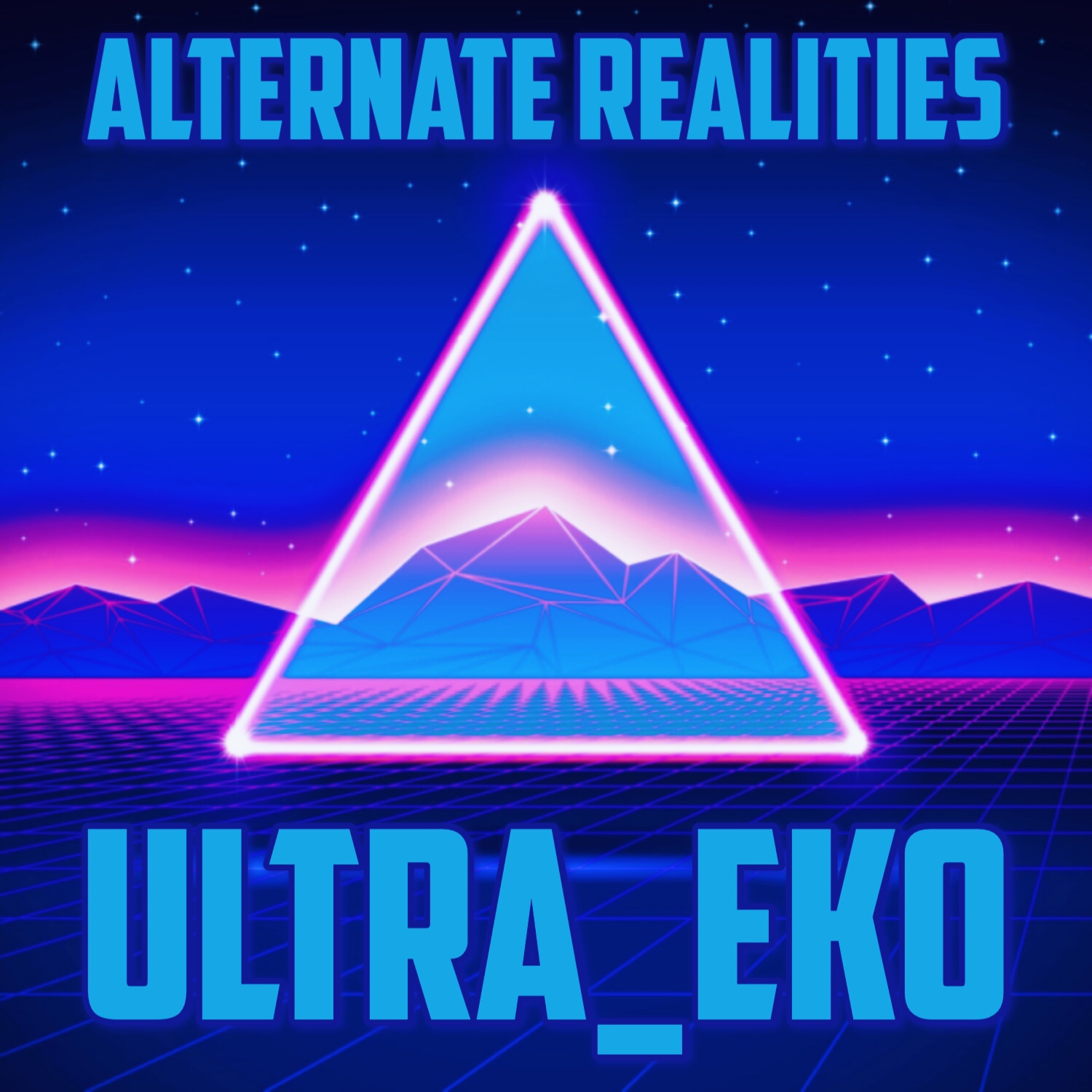 If you’re looking for an innovative sound that combines dynamic elements of Rock, Hip Hop and even Funk-driven sensibilities, then Ultra_Eko‘s full length record ‘Alternate Realities’ is your draft pick in every way. And for very good reasons.

Emerging onto the London scene since summer 2019, ‘Alternate Realities’ is UE‘s third release and really solidifies a signature sound that puts him into a category and stylization that is completely conjured from his own creative force. With consistent releases and writing since his inception into the game, Ultra_Eko is a masterfully crafted force to be reckoned with and shows no sign of slowing down anytime soon. Comprised of 15 strong tracks that showcase multiple genre elements throughout the album’s duration, UE takes us on a journey that encompasses top notch production value, multi-layered and multifaceted songwriting techniques, and an execution of vocals that touch on both equal parts originality and familiarity; giving each listener a broad spectrum of flavors to indulge with every song. There’s something for everyone on this album and you never hear the same thing twice. But the beauty of it is you also can tell every song is coming from the same artist.

There’s a lot of genre bending on this record, but UE never outdoes himself or oversteps boundaries by any means. Each track is mixed diligently and really encapsulates his raw talent through the lens of many clever angles. You can hear flavorful lyrics that you can easily resonate with along with a vocal execution that is diverse, original and very versatile. The album brilliantly launches into full force with intro track “The Second Chapter,” which has a wholesome vibe and really demonstrates the true nature to UE‘s craft. Other bangers like “Halo” and “Where You At?” also bring some of the strongest elements of this album to the forefront and really delve into a style that showcases UE‘s overall execution most effectively. His efforts on this record are ambitious, atmospheric and really gives the audience a truly visceral listening experience that will leave an everlasting impression on you. Especially if this is the first time you come across his music.

Europe has some of the best up and coming artists among its landscape and Ultra_Eko is further proof of that. ‘Alternate Realities’ is a rare gem that will not have you skipping over one track. The album drops on November 16th and will be available on Apple Music, Spotify and several other digital music streaming platforms. This is a must-listen on all accounts, and you’ll be thanking us later. So in advance – you’re welcome.